We landed in Frankfurt well behind schedule, got our stuff and picked up our „mothership“ for the trip which was delivered at the airport, fully loaded with the drums, amplifiers, and equipment we needed for the tour. Our driver is a good friend of ours who is a huge Clutch fan, and to have the opportunity to see Clutch almost every night for a week was reason enough for him to accept the job. Good thing he digs Sahg as well, but nothing competes with his favorite band in the world, Clutch. Time will show if we can win him over by the end of the tour.

We eventually hit out on the Autobahn, and headed for Passau, which would be our stop for the night on our way to the first show in Vienna the next day. The hours on the road was passed with a few drinks and some good tunes on the stereo. The vibe was high, like it always is when we hit out on a tour. We made it to Passau, late but well, checked in and hit the sack for some hours of rest.

The next morning we continued towards Vienna, and made it to the venue well in time for get-in. Arena is a truly fascinating place, situated around the yard of an old slaughter-house in the outskirts of the city. The place has one big and one smaller concert hall, an outdoor stage, and the Arena Bar, which never closes before the last person leaves! There’s a genuine rock’n’roll vibe about the place, with lots of graffiti everywhere and the hardcore rock crowd of Vienna always hanging out. And on a night like this, with a temperature of 30 degrees celsius, the atmosphere was electric. We were playing in the big hall, which can hold 900 people. The show was sold out, the place was packed, and everyone was in a high mood. 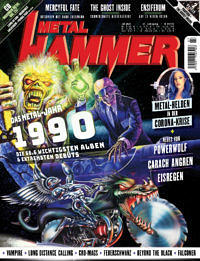