„Our first day at Rock Am Ring at Nurburgring racetrack was intense. With an attendance of 80,000 plus, it was literally like looking out into a sea of people. Our sound on stage that day was a little left to be desired and we couldn’t hear ourselves, but of course that didn’t phase us, and we played our hearts out in the blazing German sun to our Army.

After our set, we retired back to our dressing room to join our comrades in Asking Alexandria and All That Remains and engaged in the usual backstage shenanigans. Drinks flowed and good conversations were had. Adam Dutkiewicz of Killswitch Engage was also hanging around, as he was there with his other band Times of Grace. He’s a funny dude. As the sun set, I wandered out and got lost in the multitude to take some blurry night time photos of the crowds:

Sunday at Rock Im Park in Nuremberg was especially fun for me because of where the festival was located: the Zeppelinfeld where all of Hitler’s famous speeches and rallies were held from 1933 to 1938. Being the history nut that I am, it was intriguing to be standing where the fervor one of the World’s most changing events unfurled. It was also magical for me to see so many people gather for something so positive and peaceful where so many had once gathered for something so negative and hateful. After our set, Ashley and I were allowed to get rather close to the tribune platform where Hitler spoke, and snapped some pictures.

Ashley and I then met with some fans and found our way to the main stage to catch Social Distortion’s set. God damn they are great live.

I then wandered back to our dressing room and discovered the artist lounge nearby where everyone was chatting it up with mojitos.  I spotted Taylor Momsen sitting with her band Pretty Reckless and went over to say hello to them. More drinks flowed and I had some great conversation with the band, all super nice peeps. We’ll be seeing them again at Download this weekend.

All in all I had a blast in Germany and can’t wait to do it again.“ 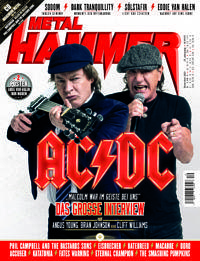