Curtis had been complaining of headaches and losing the vision in his right eye for about five months. Being a ‚man,‘ he did not go immediately to the hospital. My mother and my other brother Sanford (former singer of LOW BROW) kind of ‚dragged‘ him to Tampa General Hospital on that Monday.

After explaining to the ER staff his symptoms, they immediately send him for a CT Scan and MRI. They found a massive tumor, over and behind his right eye. They scheduled him for surgery for Friday, July 2 at 8 a.m.

The doctors said there were risks involved as with any surgery, but they would do everything possible for him.

After 16 hours of surgery, his doctor finally came out and said that they had removed all of the tumor. The tumor was the size of a softball.

His doctor did not know the extent of the damage the tumor had caused, but earlier in the week, the ophthalmologist, after looking at his CT, said that he was probably blind in his right eye. His doctor said that after the surgery we would have to wait and see about his vision. He said the tumor had been pushing so far on his eye that the optic nerve might have been completely damaged.

After letting him sleep off the anesthesia, they woke him up and my parents and family went to see him.

The staff said he is making tremendous progress, even after a few hours. He was up talking and walking, which was a good sign. He told my mother that the first thing he checked were his legs to see if they still worked. I believe he was more worried about that than his vision. He can play the drums blind, but has to have his legs.

Later on during the day, he said that the vision in his right eye seemed to be coming back, which was a very good sign.

Once he was awake and talking, my father told him that had he not made it out of the surgery he would have gone ‚postal.‘ My brother’s response to that was, ‚Well, if I didn’t make it out of the surgery, I would have wanted everyone to know that I had had a good life. I wouldn’t have changed anything for it.‘ He told the doctor as they were waking him up that they were all ‚rock stars‘ for doing a great job. He did not seem to have any fear before going in for the surgery and he was upbeat and being his usual self all week while they prepared him for the surgery.

He’s on the road to recovery. We don’t know how long it will be, but like the staff said, he’s making great progress and has a great attitude towards all of it.

I know that once he is well enough, he will want to get back to playing his drums.“ 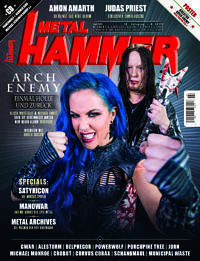