„A very special NO THANKS to the staff at the Whittington Hospital for NOT seeing me regardless of telling them that there is an audience waiting for our show to begin… I finally left withOUT seeing a doctor in order to make tonight’s show… I have no idea how the hell I’m going to make it through this show…I can’t even stand up or lift my arms.“

Daraufhin kommentierte ein Fan: „Not to be rude, but if someone was dying, I’d hope they didn’t move you to the front of the line just to get you to a show. Very narcissistic thinking here.“ Woraufhin Portnoy antwortete: „Keep ‚em coming! Can’t wait for everyone to see what an idiot you are before I ban you.“

Auch ein Fan, welcher im selben Krankenhaus arbeitet, äußerte sich zu Portnoys Statement: „I’m a doctor that works at the Whittington Hospital in London. I wasn’t working in the Accident & Emergency department tonight, however. I am sorry to hear of your plight. As much as I’d jump at the opportunity to help you if I actually was on call tonight, please try to understand. Us healthcare professionals don’t want anyone to wait or suffer at all. However, we encounter life-threatening conditions every hour, sometimes every minute, that stop us from seeing others that may be slightly less unwell, as quickly as we’d like.“

Angesichts der Tatsache, dass Portney in den Kommentaren vorgewurfen wurde, er erwarte bevorzugte Behandlung, weil er berühmt sei, ergriff auch seine Frau das Wort: „Some of you people are just so HORRIBLE! He didn’t ask for special treatment because he is famous. His concern was the FANS that paid good money to see a concert that was about to get canceled! He had already spent most of the day just trying to get seen by a doctor, was looked at by the paramedics who told him to go to the hospital and on the way the ambulance actually ran out of gas — YES, RAN OUT OF GAS — leaving him stranded and having to try to get transportation to the hospital, only to sit and wait for an endless amount of time, missing the meet-and-greet, that, again, fans paid a lots of money for! So when he asked if anyone even a nurse could just look at him for 2 minutes or just prescribe him an antibiotic because there was a venue full of people that were waiting for a concert, and you all call him a crybaby, or accuse him of expecting special treatment.

What is wrong with you people? How can you be so horrible and so mean?

All he told me all day is how upset he was for the fans and how unfair it was for them to be stuck waiting. He was told he had to wait several more hours before anyone could look at him.

Does this hospital only have one doctor?

The concert would have been cancelled and at that point there is no possible way to call in a replacement so he left played a show with 102[-degree] fever to not let down the fans, spent a day of hell just trying to be seen by a doctor or anyone that could help him, while being in another country where he isn’t even from and this is your response!!!!

WHAT IS WRONG WITH ALL OF YOU? You are just horrible, disgusting people who love to twist the truth so you can say mean and nasty thing about other people! This is a disgrace.“

„I’d just like to apologize to anybody I offended with yesterday’s post…it was not a personal attack or rage against England’s health care system in general (of which I know nothing about)…Yesterday I was the sickest I’ve EVER been in my life.
The paramedics came to see me at the gig and then decided to take me to the emergency room, only for the ambulance to run out of gas and I was then driven to the hospital by a very kind fan who offered to help. Neal & I calmly waited in the A&E without any indication from any of the staff of when I would be seen. I did NOT expect any special treatment or wanted to be put ahead of anybody else in need. (as I have been so wrongly accused)…we only wanted some (ANY!) answers as the clock was ticking until showtime…“ 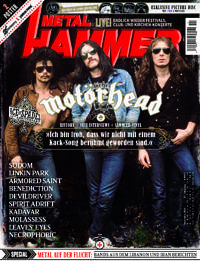